On Monday I decided to go and try photograph some of the local Common Sandpipers on a nearby lake called Lough Inch. It was a scorching day without many clouds and with a lot of heat haze.
I left at about half-eleven and by twelve I was just past a river near the lake. I scanned with my binoculars and immediately noticed a fairly large brown raptor flying away from me, I had never seen anything like it around here and my first assumption was that it was a Common Buzzard. I hadn't seen a Buzzard before so I was already anxious to confirm the identification. It was distant maybe 300 metres or so away from me and I lost sight of it as it went behind a gorse bush.
I ran up the road to get closer to it and started taking some record shots of the bird which was now being mobbed by Common Gulls as it passed over the lake. The bird was by now to distant for any photos so I switched to my binoculars and started noting some of its features, I definitely didn't have enough to confirm it as a Buzzard. The flight style was jerky and un co-ordinated with irregular wing beats. One of the most important id features of this bird was the pale head, which I saw in the binoculars and confirmed in photos, also the long wings which were noted by some other (more experienced) birders I talked to about the bird online. The bird was finally identified as a raptor called the Marsh Harrier (Circus Aeroginosus). This was a bit of a surprise in a way but I had suspected it at seeing the pale head, I just didn't think I could be lucky enough to find one in Ireland as they are relatively scarce here. They once bred here but were wiped out in Ireland by persecution and habitat loss by 1917.
I have to say I am pretty happy with the bird and it is my best self-found to date. I am very grateful to those who helped out in its id.
The rest of the day was very quiet, I couldn't find my Common Sandpipers on the lake but will try again on a cooler day. Some time was spent with a dragonfly species (Possibly Four-Spotted Chaser) at a nearby pond. My best attempts at photos are below, but without a macro lens they were taken from a bit further away. 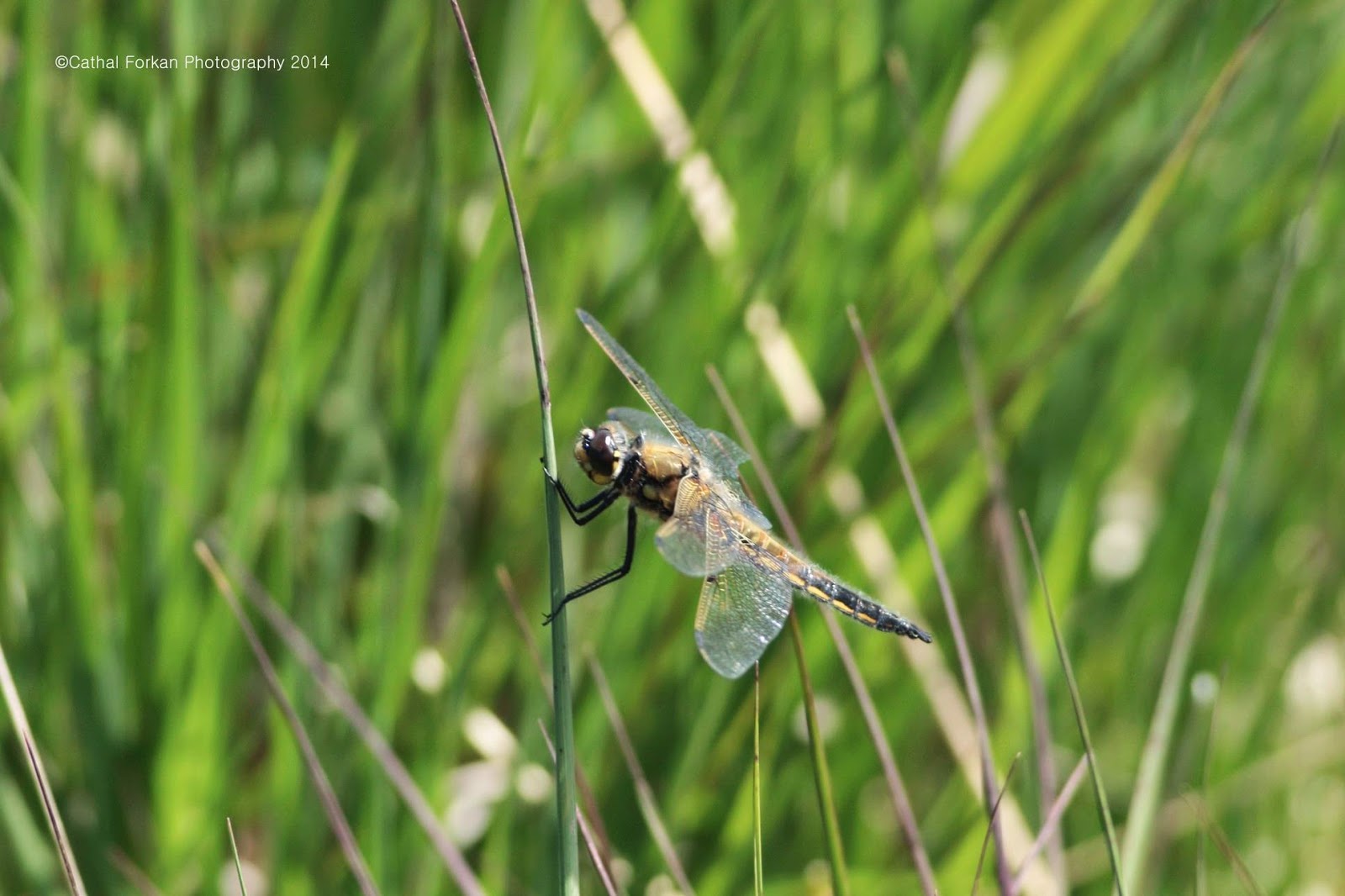 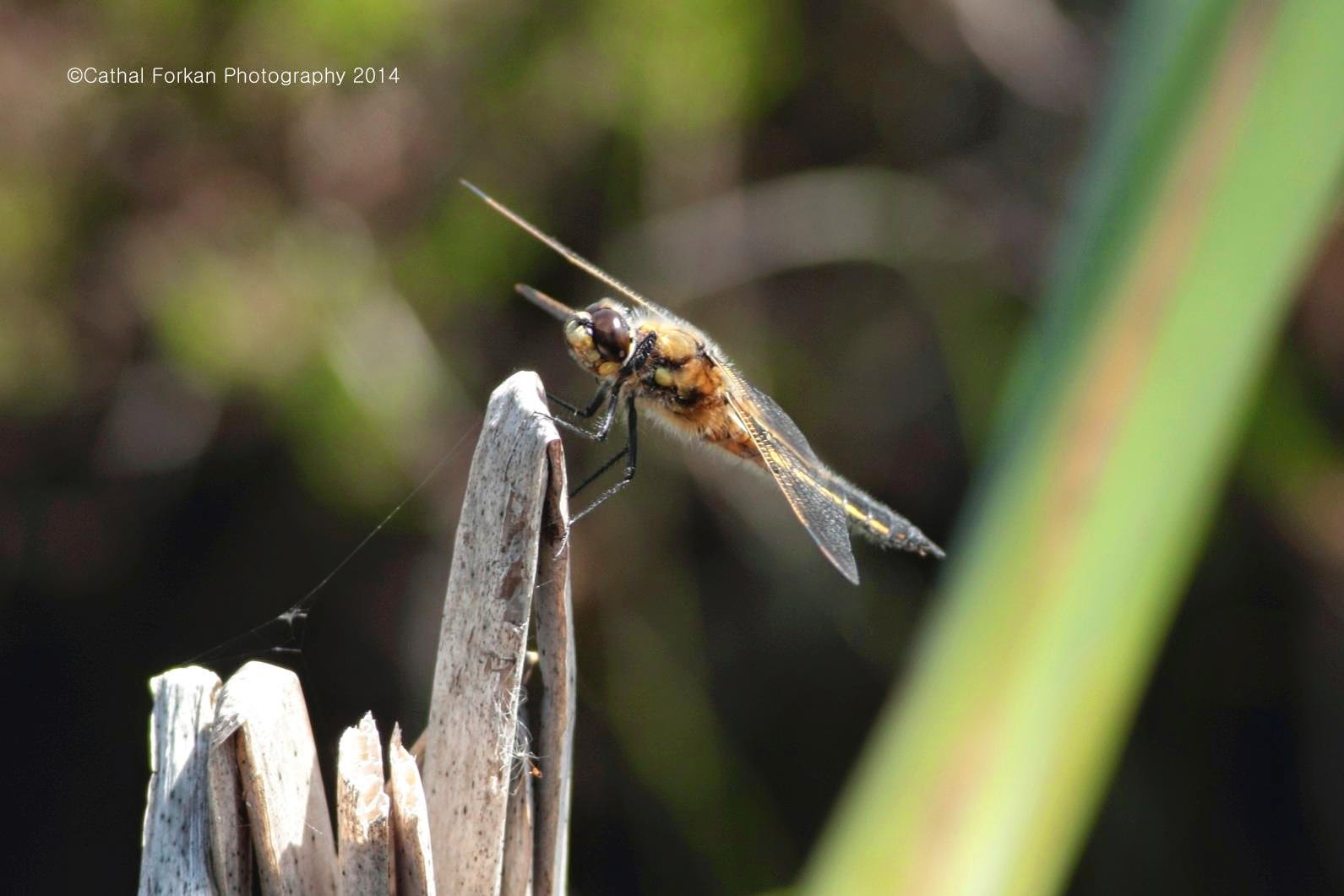 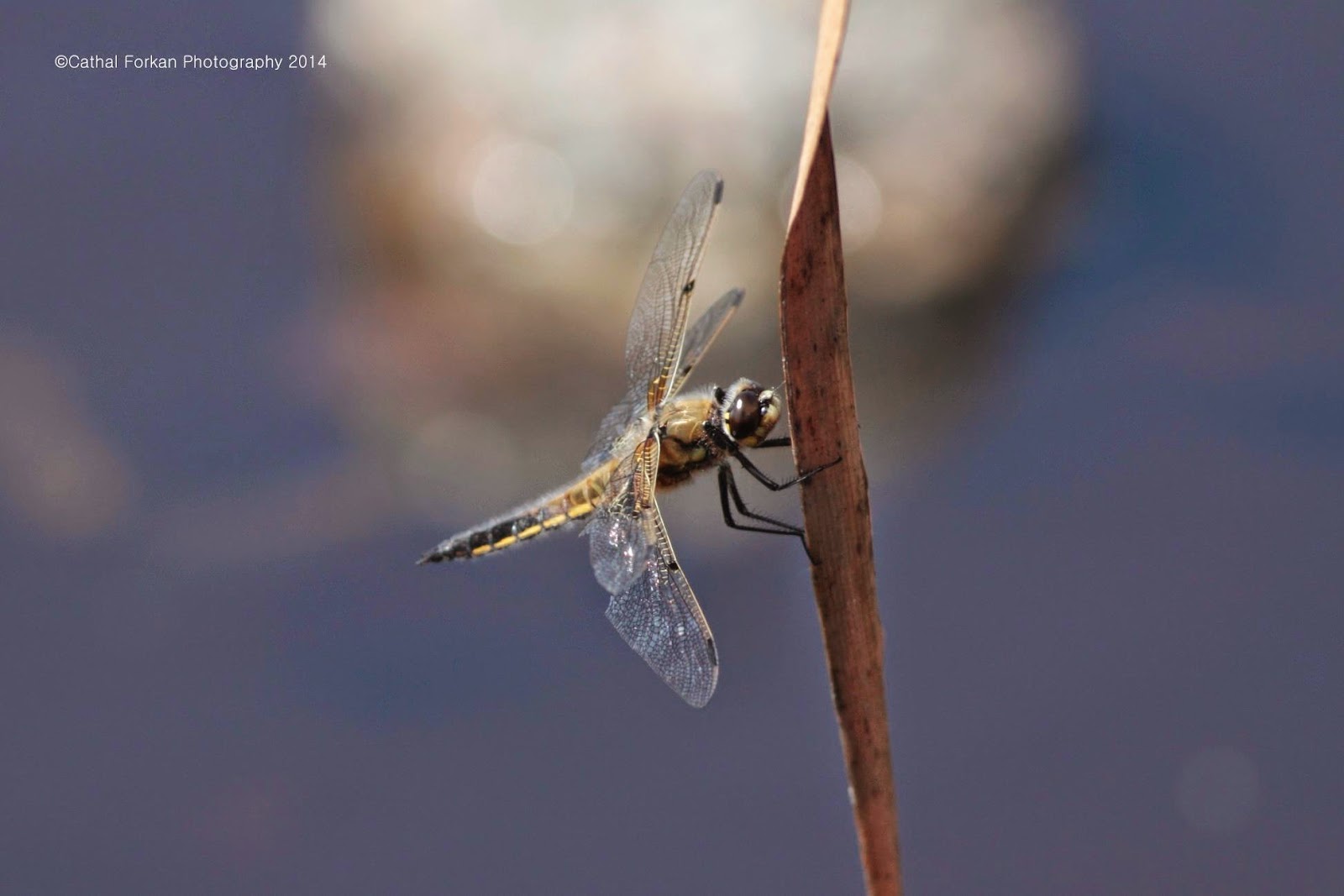 Last but most certainly not least is an update on the Blue Tits. Only a few days after my initial blog post on them the chicks fledged. I returned to find that the parents were no longer visiting the nest in the stone-crusher. Determined to find out what had happened to the family I searched them but to no avail. Only a few days ago though I was walking close by to the disused quarry and I heard a familiar sound in the bushes-Young blue tit alarm calls! I stayed still and saw a fledgling peeping out from a bush. The parents were busy trying to keep the hungry juveniles fed, I think I heard at least four or five but they are almost impossible to see as they stay deep in dense undergrowth and vegetation.
Posted by Cathal Forkan at 14:10