Yesterday was the first day of the summer holidays. I was unsure of how to spend the day so just decided to walk down the local bog road at around noon. I reached an area that used to be a quarry but has been in disuse for some time now, allowing nature to take over. The habitat there is superb, there is a small pond with bullrushes and abundant dragonflies and large amounts of scrub habitat popular with willow and sedge warbler at this time of the year. There are a few large pieces of machinery lying around from the times of the quarry but they are all rusted and broken now. I noticed some movement in the corner of my eye and saw there was a blue tit on a rusted old stone crusher. The bird had food in its mouth so I assumed it was collecting food for a nearby nest but was surprised to see it fly into a hole in the stone crusher. Over a long period of time I saw the parents working hard to keep calling chicks fed inside an arm on the machine. Hiding behind a pallet and a pile of gravel I got some photos, being careful not to disrupt the birds and keeping a safe distance.
I did the same today and, on the way back also saw a stonechat, nothing unusual here as they are quite common now but still a nice bird to see so I crouched down among some grass and took some shots. The noise of my shutter had an interesting effect on the bird. It obviously interpreted it as an alarm call similar to the one from which they get their names and it came amazingly close searching for the source of the sound while posing for some decent photos before losing interest and moving off. A great two days and I will keep you posted on the progress of the blue tit family.

On a side note I notice the image quality of the photos on this blog is quite variable, With some turning out well and in others the quality being dismal at best, I apologise for this and have uploaded and will upload some more images to flickr where the quality is much better. The link can be found here. 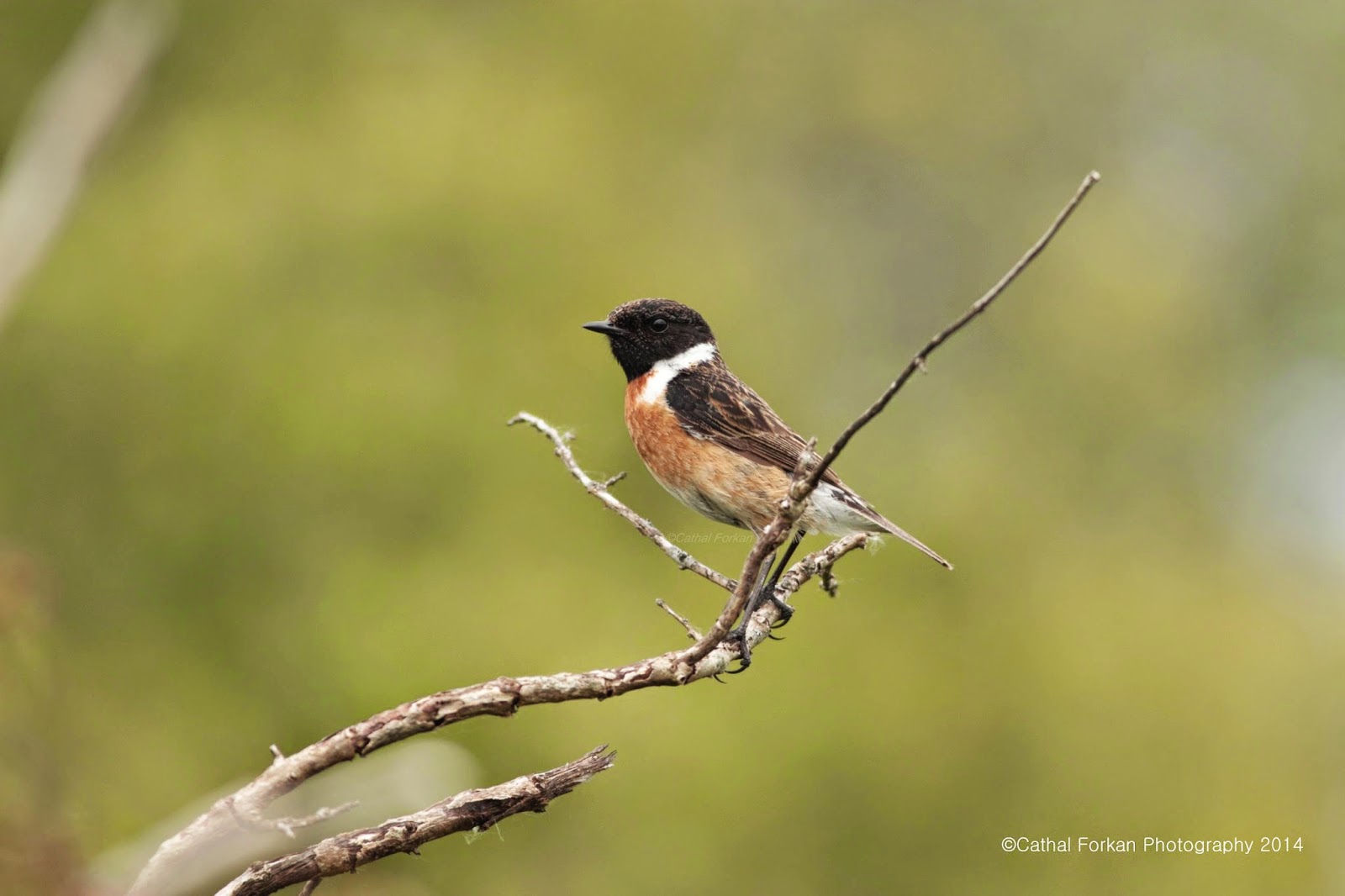