Holidays!
The first day off for the Christmas period and I was cycling in to Nimmo's Pier, to meet fellow young-birder, Brian McCloskey for a bit of birding on the local patch. We spent some time birding Nimmo's and its environs, the best birds being the returning forster's tern and a sandwich tern. As we had some time to play with and there was relatively little else in the Nimmo's area we decided to head out the causeway towards mutton island. I don't go out onto the island itself too regularly, the few times I have visited have been for monitoring the breeding terns or for a bit of exploratory sea-watching, however I had, on those occasions, noticed a decent area of rough grass and shingle at the south of the island that I fancied for a scarce species of finch(twite possibly), a pipit, or perhaps a snow bunting. With that in mind we hopped the fence and made our way around the island, flushing an extraordinary amount of snipe as we went. We eventually reached my favoured sea-watching site, and as we did, up flew a pair of small brown passerines below us. Frosty snow-white flashes on the wings instantly told us all we needed to know. Snow Bunting!
Now for a bit of context! Snow bunting has long given me the run-around. Even for a scarce bird in Galway they have been disproportionately hard for me to pin down. As recently as October while out on Inis Mór(more on that trip in another post soon) I missed out on a flighty Snow Bunting that appeared intermittently for various birders in different locations, but not for me. Along with that I've spent countless hours over many winters scanning the shingle slopes and strands of my patch in the hopes of seeing one, but to no avail. Until today that was...
The pair of bunting settled down not too far-away, much to my relief, and we proceeded to get cracking scope views, as well as the opportunity for a few shots. Soon it became apparent that there was another bunting in with them. I have not, as of yet, delved into the aging/sexing/racing aspect of these birds. I imagine I will at some stage, but that was certainly not running through my mind while watching the little beauties!
For me, the appeal of a snow bunting goes beyond the purely aesthetic. This small party of chirping ginger jewels so incongruous in the bleak Atlantic-winter. They carry with them the essence of the Arctic. 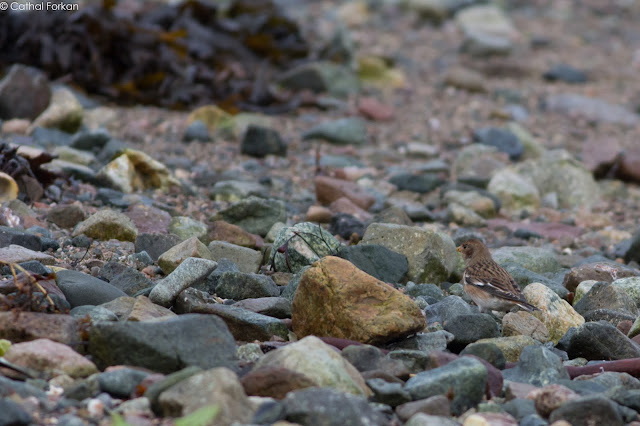 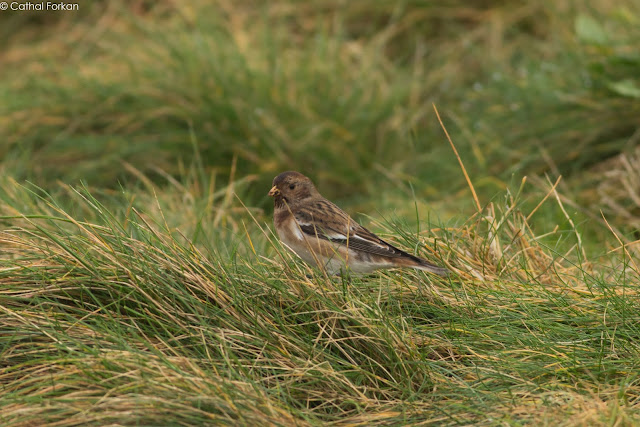 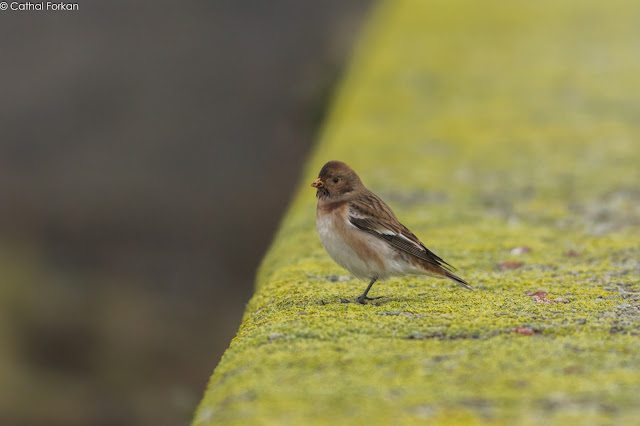 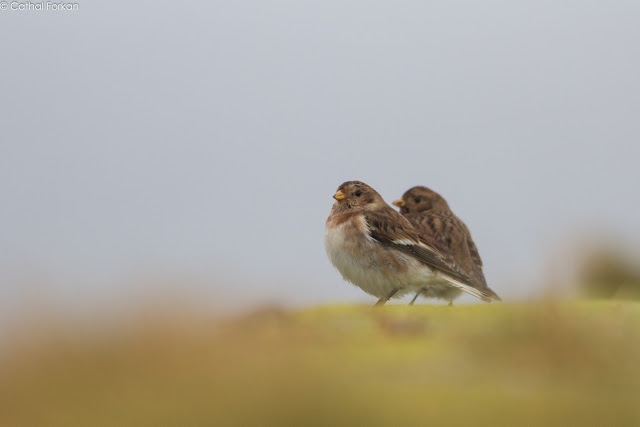 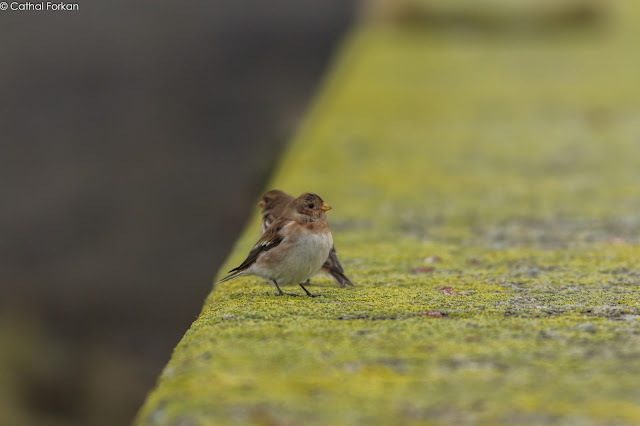 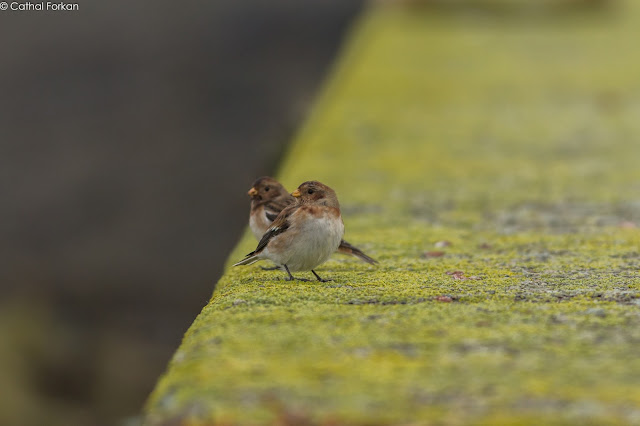